One September day 10 years ago. A very personal post :) 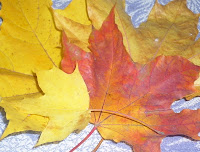 September 29th 2001 was a very special day. I know that this day happened in my life only by the grace of the Lord. Two years before that day I met a handsome young man who took my heart. A lot happened during those two years. When we decided to get married we realized that there were two main issues we were worried about. First of all, we belonged to two absolutely different cultures and had different mentalities. My husband is Armenian. His ancestors had to flee to Iran during the Turkish genocide of Armenians in 1915, so he was born in immigration. His family moved back to Armenia when my future husband, the youngest child in the gamily, was 2 years old. My family was Ukrainian-Russian, plus by that time I had traveled and worked in the US and Germany and had a pretty much Western mentality. Thank God, we didn't have any problems with getting our parents' blessings. Our dear pastor Ken Blake and his wife Marilyn were a huge source of blessing and encouragement for us. Here is a picture of the four of us. 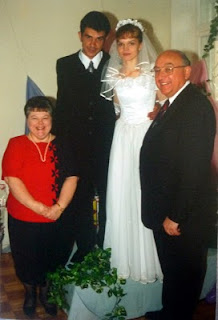 The second problem was that Albert moved to Russia just before the time when our immigration laws (just like any other laws and rules in our country at that time) started changing way too fast, so before he knew it he became an illegal immigrant (just like thousands of other people).
Every visitor to Russia had to go through the quick process of official registration (I am writing this in the past tense because I don't know the details of the immigration process now. I'm writing about our experience and since then things could have changed). A registered foreigner could stay here for 3 months. So Albert got his registration and we immediately started our wedding preparation. We had to send a formal enquiry through the Armenian Embassy to get the proof that he didn't have any other wives waiting for him in Armenia, but by the time we got an answer 2.5 months of Albert's registration had already passed. When we came to the Wedding palace to register there for a wedding ceremony we were told that the closest open spots they had were a month after the expiry of his registration in the country, so we went to the visa office thinking that prolonging the registration would be easy since we were going to be married. However, they said there that Albert didn't have a right to prolong his registration unless he was already married. So they told us to get married as soon as we could and then prolong the registration. That's when I thought I'd go crazy. Thank God, in our church there was a person who worked in the city administration. So on September 28th, 2001, we were married in the Wedding palace by a personal order of the vice mayor of Vladimir and on September 29th we had a wedding ceremony in the Church. The next day his registration expired. You can see some pictures of our wedding here. All the preparations had to be very fast since we didn't know if and when we'd be married until a week before it actually happened! 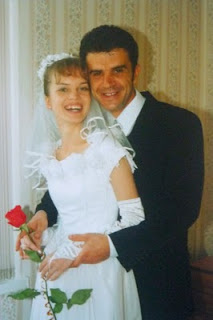 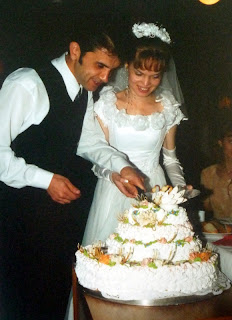 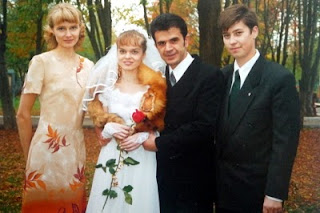 It was the last sunny day that year before it got cold and rainy... I can't believe it has been 10 years! A lot has happened since that time. Albert got his residence permit (after two years of more fun with Russian officials) and later Russian citizenship, our precious daughter was born. I am so grateful to the Lord for my husband! Through the years, he has been my love, my support, and my best friend. He's the one who welcomed my transition from being an employee to being a freelancer and establishing my own little business. He is my good and perfect gift from above.

P.S. Photos were taken by our dear friend Rebecca Higgins.