Catherine Christaki: My top specialization - Why and how

I always knew I wanted to be a translator but my plans never went as far as choosing what my specializations would be before finishing my linguistic studies. As with many other translators I know, hobbies and personal choice were the decisive factors on what would eventually become my preferred specializations. To answer Olga’s question in this post, I’ll focus on my top and favorite specialization only, which is Information Technology. I also specialize in medical texts and gambling, but it would take a few more posts to tell the stories about those two. :)

A translator with a linguistic instead of a technical background (i.e. doctor or engineer turned translator) is always a generalist when starting out. You have to go through the motions and try your hand in several subjects to choose the ones you find most stimulating, so you can later invest on learning those subjects in depth and become familiar with the terminology. That doesn’t mean a beginner can translate any text though. It’s very important to read the source text before accepting a translation job. Through the first 2-3 years of my career, I did my best to avoid texts that were rife with technical terminology in fields I wasn't familiar with, like clinical trials for example. Some texts you have to understand first before you translate them, there's no way around that.

After my graduation, I was given the opportunity to work in the hotel industry. As a sales and marketing assistant for a 5* hotel chain, I had access to a plethora of resources, namely multilingual promotional material, menus, hotel descriptions and of course multilingual staff. My job included the translation of some of those resources; that was one of my first experiences in professional translation. At the same time, I was asked to translate 3 books with speeches from international conferences on politics and government affairs, from English and French into Greek. Those were the main projects I kept myself occupied for the next 3 years, along with several jobs in many different fields; from legal agreements to medical equipment manuals.

So, there I was, experienced in two fields (hospitality and politics), none of which I considered stimulating enough to translate every day. One of my passions was IT (having an older brother with the same passion who provided access to computers, gadgets and tips helped a lot). I was always fascinated by the constant developments and the opportunities that field offered. I read journals and magazines, but it was a hobby; I didn’t have the background required to focus my search for translation jobs on IT alone.

That’s when lady luck helped. After many translations of manuals in the IT and telecommunications fields, I became Google’s English-Greek lead reviewer. The two years of proofreading translations and compiling glossaries for Google services and products gave me the background and confidence I needed to make IT my top and favorite specialization.

Many software and hardware projects have followed since then and I am proud to say that English-Greek IT translations represents about 70% of my total work at the moment. One of the highlights in my career was becoming Apple’s lead Greek translator. I have been enjoying the experience tremendously and it’s definitely a dream come true. What more could an IT translator ask? 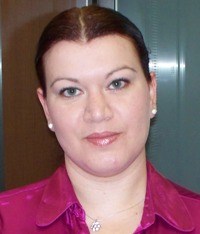 Catherine Christaki has been a full-time English-Greek freelance translator since 2001 and co-owner of Athens-based Lingua Greca Translations since 2012. Her specializations include IT, Medical and Technical texts. She is a proud member of the American Translators Association and the Chartered Institute of Linguists. She is active in social media, especially Twitter @LinguaGreca, which has been voted among the Top 25 Twitterers 3 years in a row (2011-2013) in the Language Lovers competition. She writes a popular translation blog called Adventures in Freelance Translation and regularly talks about social media and blogging for translators in interviews and conferences.