The Benefits of Teaching Children a Second Language

Hi everybody! First of all, Happy New 2013 Year to you! I sincerely wish that this new year brings you more joy, more precious moments, more laughter, more loyal clients and more great opportunities than all the previous years.

I am in the midst of great family celebrations now as we have bank holidays until January 9th. But I have also been doing a lot of thinking and planning for 2013. I can promise you more quality posts about translation, freelancing, different business and marketing issues, networking etc. I want my blog to be as helpful as possible for fellow freelancers. I am still planning to accept guest posts (see the guest posts policy). And below is the first guest post in my blog this year about the benefits of teaching children a second language. Interested? Then read further ;)

Language is a mysterious thing to many people; they don’t know exactly how they learned theirs, and they find other languages very confusing. Even if they try to learn a new language they find that native speakers talk too fast, and the rules and exceptions can be confusing and even maddening. 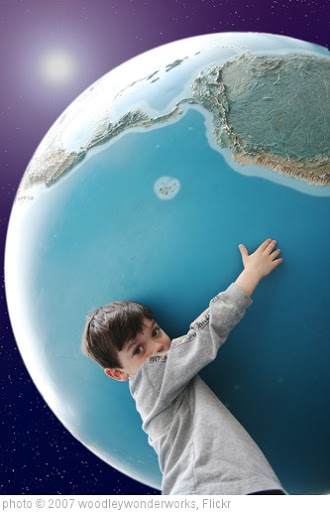 It’s not too surprising that many of these people actually resist having their children learn a second language, for fear of confusing the children and thus negatively impacting their native language skills. Worse, there are still plenty of anecdotes out there purporting to demonstrate this – stories of children who don’t speak until much later than their peers because they are in a bilingual household.

These misconceptions are easily dispelled, however, and I encourage all parents to teach their children second languages if the option is available.

There are clear, proven benefits to anyone who learns a second language, both socially and cognitively. Studies have shown that the brain actually undergoes physical changes when a second language is learned, and these changes benefit the thought process in all areas, not just in language. Bilingual children, whether they are simultaneous learners in bilingual household or sequential learners, have superior problem-solving skills than monolingual children at the same age and grade levels, and they carry these cognitive benefits throughout their lives.

Bilingual children are also more confident in general, as they understand more clearly that languages are constructs designed to communicate, not opaque monolithic cultural establishments. In other words, bilingual children grow into adulthood knowing that they are capable of learning new languages and cultures and are less hesitant to explore and interact with the unknown.

Aside from the benefits of teaching your children a second language, there are simply no downsides to consider. Any story of a child not speaking or seeming to develop language skills more slowly due to the introduction of a second language is clearly a coincidence – some children, no matter their environment, will struggle with language acquisition and use. It has been proven time and again that bilingualism does not in any way inhibit learning or communication. Children can learn multiple languages simultaneously, learning each just as quickly and with equal fluency.

Children also do not become ‘confused’ when two languages are introduced. For simultaneous bilinguals they learn both languages equally at first, and then after the age of six months or so will begin to differentiate between them and choose one over the other in different situations. Sometimes this choosing may make it seem like the child is not learning the second language as well as the first, but this is usually a simple case of the child preferring one language over the other in certain situations.

The fact is, if you wish your child to excel in life, teaching them a second language is one sure-fire way to put them on the right road.

Bio line - Philip Hicks is a guest blogger who blogs on behalf of One Hour Translation, a professional translation firm that specializes in language Translation Services. To know more please visit http://www.onehourtranslation.com.