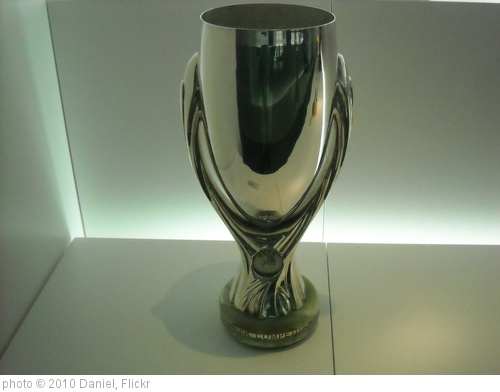 I can't say that I don't carefully choose the content for these posts though. Sometimes there are purely promotional tweets with quite a few RTs and mentions done by the staff of the same company who published the initial tweet. I don't include those in my list. I seldom include tweets with no links to useful material, only if I consider them very valuable. In other words, I do my best to choose only the most relevant content. I guess relevancy is my only criteria, besides the number of mentions. Hope you find these links useful for your professional development and for your business.

slate Slate
Death to "chillax": http://t.co/lhu7lBhhHS #language #bastardizations
randomhouse randomhouse
What is English, given that it is spoken in so many different countries? http://t.co/MW1iuXPcEQ / via @OxfordWords #language
hyperlingo hyperlingo
linguagreca Catherine Christaki
11 words you're probably mispronouncing http://t.co/CIEZwgBuEc #language

bjkingape Barbara J King
Hawaiian Sign Language: 1st previously unknown language (not a dialect) to be documented in US in 80 yrs http://t.co/MW6f0GMr2b #language

multi_ling_mat Multilingual Matters
How babies become #bilingual before learning the #grammar of either #language http://t.co/EJkyKLfwRn via @juliadawne @brainpicker

jaredromey Jared Romey
One learns grammar from language, not language from grammar. - Kato Lomb #quotes #language (This is the only tweet in this list without a link. But I think it's a really good quote)

And now it's time for translation (#xl8) tweets:

prozcom ProZ.com
5 examples of how the languages we speak can affect the way we think http://t.co/pkQaWoe8IT #xl8


Hope you have found the list useful! I have certainly enjoyed going over all those links and bookmarking some of the posts for future reference. I decided to keep the hashtags this time so you could find those tweets by hashtags if you want to, or maybe see other tweets in the same category. Hope you don't mind :)

If you would like to learn more about blogging as a marketing tool for your translation business you can still register for my webinar during our VA conference. The webinar is tomorrow! You can learn more about it here. I will surely be happy to "see" you at the conference!

By Olga Arakelyan February 05, 2012
This is a personal post, and I'd really like to hear the opinion of my colleagues about such situations and how to deal with them.
My situation is kind of like the one described in Mox's blog.
In December a new prospective client wrote to me asking about my availabiility for a new project. When I read the overall description of the project, I got really interested in it. But the client needed to know exactly how much time it would take and how much it would cost. No problem, just send me the text to look through or a part of it so I could get the gist of the style, level of complexity etc. In the reply that person just stated the wordcount, but there was no sample. I thought, maybe they didn't understand me. English is not my native language after all. In my reply, I stated the estimated time and cost based on the client's wordcount, but I repeated the request to see a part of the text. And then the person thanked me and ... disappeared.