By Olga Arakelyan November 17, 2012
Translation played a huge part in Russian history. It all started in 864 AD when the two Byzantine Greek brothers Cyril and Methodius were sent as Christian missionaries to the Slavs. They were the authors of Cyrillic system that is now considered one of the most used writing systems of the world (this is not my opinion, that's what Wikipedia says). And then they translated the New Testament, the Psalms and some more religious books.  So our nation, our Orthodox church and our mentality now are to a great extent based on what those two brothers did, including their translation work.
Later in history, a lot of famous Russian writers and poets were also brilliant translators. They opened a whole new world of prose and poetry to the Russian people. And I am sure you have heard at least some of these names I am going to share with you today! 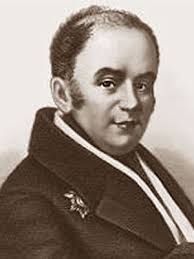 First of all, let's speak about Vasily Andreyevich Zhukovsky. He was born in 1783 and by 1814 he was already acknowledged as the best Russian poet. I find his poems fantastic. He taught the Russian language to the Russian nobility and he also was Pushkin's teacher. Thanks to him the Russian people were able to read the masterpieces of Goethe, Friedrich von Schiller, George Gordon Byron, Sir Walter Scott, Ovid, and Virgil. But the main work of his life was the translation of Homer's "Odyssey".


You can read more about Zhukovsky in Wikipedia. And here are some of his poems translated into English (the original is there, too).

Ivan Bunin (1870 - 1953) was the first Russian writer to win the Nobel prize for Literature. He was noted for the strict artistry with which he carried on the classical Russian traditions in the writing of prose and poetry. The texture of his poems and stories, sometimes referred to as "Bunin brocade", is considered to be one of the richest in the language (source). He was the one who gave us the translation of Longfellow's "The Song of Hiawatha" which is still considered unparalleled. He also translated poems by George Gordon Byron, Alfred Tennyson, Adam Mickiewicz and other great poets.

These are just the first lines of Tennyson's Godiva, but I am sure you see the picture ;)

Perhaps one of the most popular Russian poets among children is Korney Chukovsky. Kids just love his poems and often know many of them by heart. He was also a brilliant linguist, literature critic, and a wonderful translator. He was the one who let the Russian readers enjoy the works of Rudyard Kipling, O'Henry, William Shakespeare, Mark Twain and other famous writers and poets. In the 1960-s Chukovsky started a wonderful project - the children's Bible. It was an especially hard project, given the fact that in the Soviet Russia people weren't allowed to believe in God. Chukovsky was told not to use the words God/Lord and Jews/Israelites in his translation. So you can imagine how hard the work actually was. Thankfully, he wasn't doing it alone, but he also invited other linguists and writers to cooperate. The first edition was completely destroyed by the Russian authorities. It was not until 1990 when the book was finally published. It was named "The Babel Tower and Other Ancient Legends".
As an example, here's Chukovsky's translation of Kipling's "The Cat that Walked by Himself". You can read the whole translation here. And the original can be found here.

Did you find the info interesting? I'd love to hear your comments!