Is it possible to learn a language without absorbing its culture? 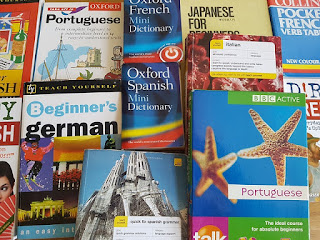 When we approach learning a language, thoughts of grammatical correctness and learning lists of words by rote are often uppermost in our minds. However, there are many elements of language learning that creep up on us unawares. Some of these are inextricably linked with the culture from which that language developed. This is something that those in professional translation embrace as part of learning a new language, but is it possible to learn a language without absorbing its culture as well?

Take the Portuguese word saudades, for example. It doesn’t have a direct translation in English. Google Translate provides ‘miss you’ as the translation, but this is a long way from the mark. Saudades is a deep-rooted sense of longing or yearning for someone or something – a melancholy that touches the heart and the soul. It’s not a word to be used lightly!

The very existence of such a word offers a hint into the Portuguese character and culture. It expresses something that we have no direct equivalent for in English, as we don’t tend (as a nation) to express our feelings and emotions as freely as those who have grown up in Portugal.

In Urdu, the word goya is equally untranslatable directly into English. Goya refers to the suspension of disbelief that can come across you when listening to a story so powerful or exciting that the fantasy temporarily becomes believable as reality. The depth of meaning behind this single word emphasizes the cultural value and rich history of storytelling.

Idioms – an essential part of learning to speak a language like a native – are also reflective of the culture from which they have arisen. The French are known for their outstanding cuisine, which plays a key role in the country’s culture. We see that reflected in many of their idioms. La moutarde me monte au nez (the mustard is getting up my nose) is used to refer to becoming angry. Faire la grasse matinée (to have a fat morning) refers to having a lie-in, but definitely hints at the prospect of a large breakfast to follow that lie-in. Mettre son grain de sel (to put in one’s grain of salt) means to provide an unsolicited opinion. Meanwhile, arriver comme un cheveu sur la soupe (to arrive like a hair in the soup) indicates that you have arrived suddenly and unexpectedly. The list goes on.

The British obsession with the weather is another cultural quirk that is reflected within the nations language. Feeling as right as rain means to feel particularly well. Conversely, feeling under the weather means feeling unwell. Doing something come rain or shine refers to being dependable, regardless of the circumstances. To get wind of something is to hear something that should be a secret. Stealing someone’s thunder is to take attention away from them. As with the food-related idioms in French, the list goes on almost ad infinitum.

Part of providing a translation service is to become familiar with such idioms and their use. They are essential components of a language that one must learn in order to speak like a native. In order to learn to use them correctly, it’s inevitable that the learner will pick up on the cultural elements from which the expressions developed. As such, it becomes almost impossible to separate a country’s linguistic identity from its cultural one – to learn the language is to embrace the cultural as well as the grammatical quirks. It’s part of what makes language learning such a fascinating area of study. 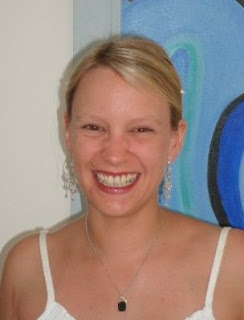 Louise Taylor is a freelance writer who has had a passion for languages since an early age. She holds qualifications in Latin, French, German and Spanish, as well as her native English. She is also well on her way to speaking Portuguese fluently. As a long-term freelancer, she understands both the positive parts and the pressures of working in the freelance sector. She also writes for the Tomedes Blog.