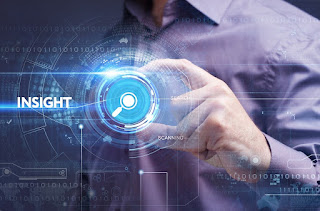 It seems from current trends that the German translation market is becoming more and more important as time goes on. Due to an apparent increase in demand, the German Book Office in New York recently arranged a workshop for new and current German English translators. It’s keen to support the growing army of German to English translators, particularly those that are involved in literary translations.

Being a literary translator is probably the most difficult job in the translation industry. It’s the sort of translation that a translator has to spend a long period of time interpreting meaning and nuance between the 2 languages. It’s vitally important to make a literary work as compelling to a German reader as it might have been to an English reader. Despite these challenges, German translations have appeared in greater numbers than has ever been seen and written to exceptional standards.

There are a number of examples of books translated from German to English in recent months that have been cited by The New York Times and the Washington Post.

In 2015, the translation of Sascha Arango’s “The Truth and Other Lies” by Imogen Taylor was named by the New York Times on its list of 2015’s 100 Notable Books. Additionally, the Washington Post named two German books on its list of “Notable Nonfiction’. The first was “Dietrich and Riefenstahl” written by Karin Wieland and translated by Shelley Frisch, while secondly there was “The Nuns of Sant’Ambrogio” written by Hubert Wolf with the translation performed by Ruth Martin.


Awards for Translated Works in German

There are other awards, such as the annual German Non-Fiction Translation Competition, referred to as GINT, which challenges new translators to join a competition to translate the same non- fiction passage making it simpler for judges to make a fair comparison between translations. This year’s translators had to choose excerpts from “The History of Germany in the 20th Century” by Ulrich Herbert and “Koloniale Herrschaft und ihre Grenzen” by Jakob Zollmann.

Alison Williams gained an MA in Applied Linguistics and started to move into writing as a means of securing an income. She has since then specialised in writing blog posts and web pages for a variety of clients including those in the legal and translation niches. Alison has built up the ability as a highly skilled writer to communicate with a variety of audiences and in an array of styles and formats. Over the past few years, she has worked with executives, entrepreneurs, industry experts and many other professionals in writing and publishing, SEO web content, blogs, newspaper articles and more