The latest Translation Forum Russia conference took place in Astrakhan on 1-3 July 2016. For those of you who haven't yet heard about this conference, it's an annual event which happens in a different city every time. The conference is universal in scope as it covers all the players on the market, including translation suppliers and customers, managers of translation agencies and translation departments, company managers, freelance and in-house translators and interpreters, teachers and trainers, producers of CAT tools and other translation-related software, translators’ associations, government bodies, and publishers. Its website is tconference.ru and you might want to bookmark it, just in case you haven't yet. ;-)

I will definitely need to make several posts about the conference as it is virtually impossible to share my thoughts and impressions in one message. It was my second conference, so I was happy to see the colleagues I met last year and those who I used to know only virtually thanks to social networks. I also met a lot of new people who are all helping the Russian translation market to grow and develop.

The first post is going to be about the city of Astrakhan. It's beautiful, and very diverse. It's an ancient city located on the Silk Route which used to connect the East and West. And you can literally see and feel this cultural symbiosis there even now. It's definitely a unique place which is worth visiting, even if it's just for a weekend.

Here are some pictures of the city for you. 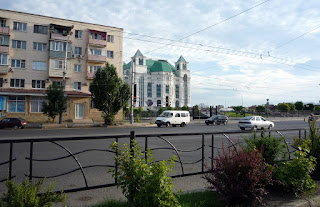 This is the road which leads to the Astrakhan Balley and Opera Theatre. I actually lived not far from it. Here is a closer picture of the theatre. 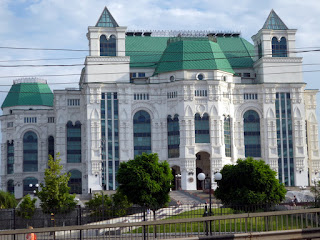 Almost on the bank of the Volga river, there's a hotel. I could imagine seeing a building like that somewhere in Dubai, but it was a surprise to see it in Astrakhan. 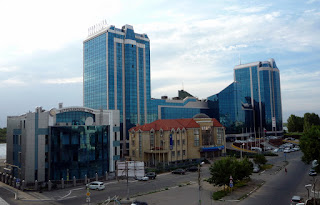 The Kremlin there is beautiful. It's several centuries younger than the one we have in Vladimir, and it's not made of white stone, but painted white. It has fabulous carving and lots of beatiful details. 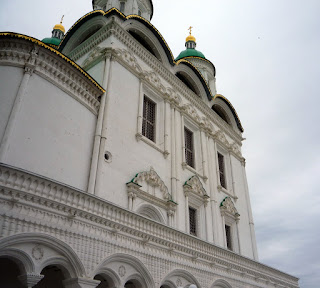 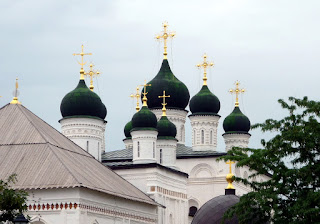 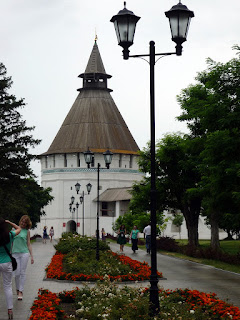 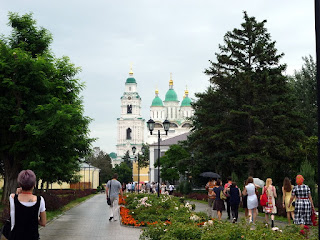 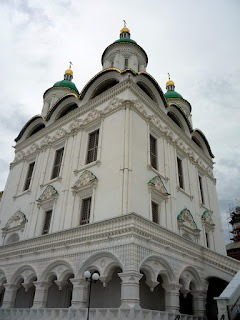 If you look closer you will see that the bell tower is falling. Our guide told us that an architect came there a couple years ago and helped to strengthen the foundation, so the bell tower should stay for a long time. By the way, the Kremlin in Astrakhan is one of UNESCO world heritage sites now. 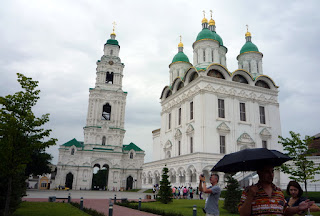 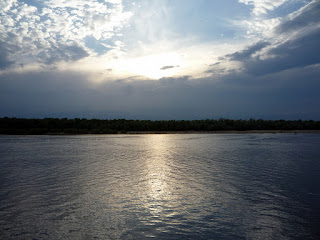 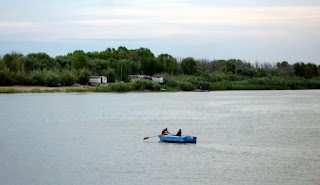 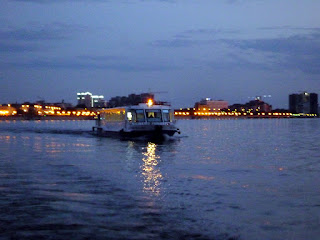 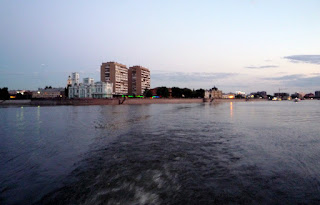 Astrakhan is beautiful and diverse, even in architecture. Just look at the different types of buildings and houses. 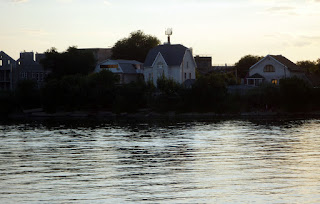 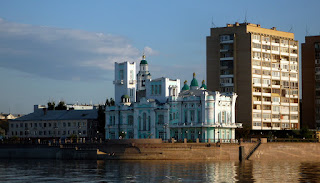 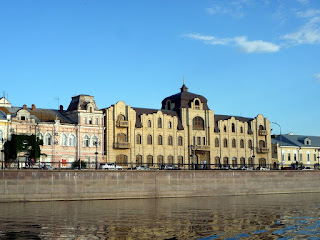 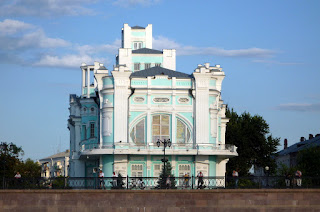 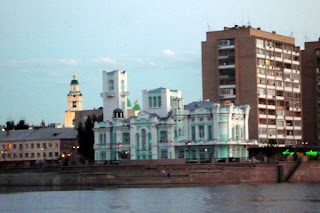 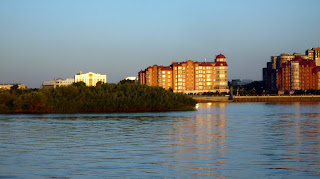 What is Astrakhan famous for among the Russians? It's one of the best places for fishermen and those who like fish and caviar. The Astrakhan fish market is even included in the tripadviser list of the Astrakhan tourist sites.

So this is it for now. Next time (hopefully in the next couple weeks) I'll share more about the translation side of the trip, including the challenges of migration and uncommon languages in Europe, differences between the Russian and European translation markets, simultaneous interpretation as a martial art and more.